Tom is someone who listens; that is how all successful client relationships begin.  The Dunham Group has earned a reputation for always putting the client first because Tom believes that you treat others how you would want to be treated.  He has set an example at his firm and throughout the state on how to make deals with integrity.  As a native son of Maine, it has always been important for Tom to find a way to give back to his home state.  With his deep knowledge of the market, strong sense of where growth opportunities exist in the industrial market, and insight into which communities are receptive to development, he has facilitated the right deals for his clients and in the process brought jobs back to countless Maine communities.  Growing up, he felt like he had a friend in every town and early in his career Tom spent his Sundays driving through Maine surveying industrial sites.  His work ethic and feet-on-the-street style paid off and he is now known as one of the leading industrial experts in the state.

“To be successful, you need knowledge of the marketplace and of the growth opportunities, and you need to have the skill set to understand all aspects of a transaction so you can confront the hurdles first.  My father instilled in me that being successful is also about how you conduct yourself.  When you meet people, you need to look them in the eye.”

A graduate of the University of Vermont and Southern Methodist University (M.B.A.) with a concentration in real estate, Tom has been active in industrial real estate since 1973 and was the first member of the prestigious Society of Industrial and Office Realtors (SIOR) in the state.  Tom is a past president of the Pine Tree Council, Boy Scouts of America, and a Corporator of Maine Medical Center. The Economic Development Council of Maine named Tom its Developer of the Year for 1998.

The Boy Scouts have held particular importance in Tom’s life. His father was an Eagle Scout, an honor both Tom and his son have proudly earned as well. Scouting instilled a moral and ethical foundation for him and taught him the power of setting goals.  It also helped him develop a love of the outdoors.  If it’s winter, you’ll find Tom on the slopes at Sugarloaf.  The only person who might love skiing more than Tom is his daughter, a champion freestyle skier.  Tom lives with his wife, Sandi, in Cape Elizabeth. 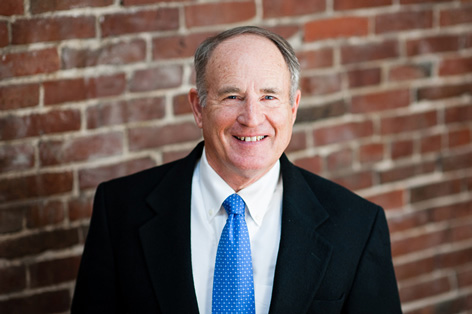